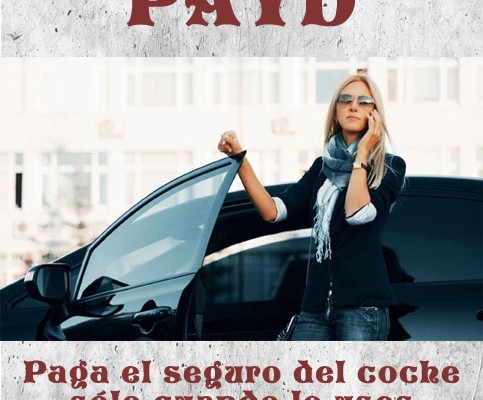 The American PAYD model: Pay for car insurance only when you use it

Jun 23 • Car Insurance • 1158 Views • No Comments on The American PAYD model: Pay for car insurance only when you use it

The crisis has meant a stagnation in the sale of car insurance and a significant pressure on prices. This has provoked a reaction from insurers reducing costs and investing in aggressive campaigns to avoid the fall of their billing, which entails a competition in prices that are beneficial for the insured. If this situation continues, it will create tensions that lead to a restructuring process and in this context England, France and Italy in Europe have taken the first step by marketing “pay as you drive” policies, an insurance based on the use and developed in “Progressive Insurance” ?? in the United States, also known as PAYD.

The traditional and simple form of insurance is based on the number of kilometers traveled by our vehicle, however, the general concept of PAYD also includes how, where and when you drive. This means that the insurance premium is calculated dynamically, covering three types of insurance based on use:

The coverage is based on the odometer reading of the vehicle, that is, it calculates the total or partial distance traveled by a vehicle.

Coverage is based on mileage calculated from GPS data, or the number of minutes the vehicle is used as recorded by a vehicle module independent of the data transmission through cellular technology.

The coverage is based on other data collected in the vehicle, such as speed and time of day, where you drive, if it is in the city, highway, in addition to distance or travel time.

The calculation can be made according to the number of kilometers traveled, or it can vary according to the type of driving or the identity of the driver. Once you have the precise details of the insured, it is possible to add more details, such as an additional risk premium if someone uses the vehicle for a long time, uses your mobile phone while driving or traveling at an excessive speed.

Logically this type of insurance should be marketed in Spain but it is not, largely because the company leader is Mapfre, which should be the innovative driver, although if you look for insurance developments everywhere, has a growth greater than its competitors, opening the gap between them and adopting a defensive role. The insurers that follow are groups of Spanish delegations of large multinationals that normally have significant restrictions in terms of their freedom to innovate since their turnover in relation to their group is very low. In this very peculiar model there is a third group, national insurers of medium size that follow the steps of Mapfre and it does not seem that their tendency is to break this policy. We will see at what moment some insurance company will break this spiral but for now in Spain it will not be commercialized.